Kelpies, according to agile Scottish lore, are shape-shifting water spirits that inhabit the small, inhospitable islands called skerries, that dot the Atlantic shores of that country, and Islay has more than its fair share of both.  Perhaps that inspired Ardbeg distillery to introduce a limited edition whisky, called Kelpie. After a second full dram you might well begin to imagine a kelpie, but what is certain is that what is in the bottle is a form of magic.

Dr. Bill Lumsden, who makes the Ardbeg (he also makes Glenmorangie), acquired some new oak barrels from a forest near the Black Sea. The oak was grown, harvested, and milled there, before being shipped to Ardbeg. Roughly half of the Kelpie is aged in those Black Sea barrels; the other half is done in American bourbon casks, just like the regular ten-year-old Ardbeg. The two sets of casks are blended under Lumsden’s watchful, seasoned eye, and the result is an Ardbeg that is both unlike any other, while presenting some taste elements that are consistent throughout the distillery’s portfolio.

“Roughly half of the Kelpie is aged in those Black Sea barrels; the other half is done in American bourbon casks, just like the regular ten-year-old Ardbeg.”

Kelpie has signature Ardbeg smokiness, certainly, and characteristic elements of chocolate, a dash of black pepper,  essence of clove, and an astoundingly long finish. Pour a glass of it, and let it sit on the counter for half an hour, and the room will gently fill with a smoky scent. Kelpie also shows signs of its unique barrel provenance; the Black Sea oak seems to impart a bit more of a saline quality, and an almost creamy fudge, a touch more unctuous than the ten-year-old. The distillery notes suggest it has a taste of smoked fish, which might seem at odds with the deep chocolate and fudge. But it is more obviously the salty notes, and perhaps fancifully, a bit of seaweed character that make this unique.

Ardbeg Kelpie is a fascinating version of one of Scotland’s most highly phenolic spirits. It is a rich, deep drink, well worth discovering, though given its concentrated peat and smoke, it is best to introduce a small splash of water as well, which will help reveal just how complex this really is. 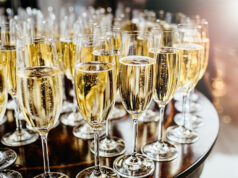